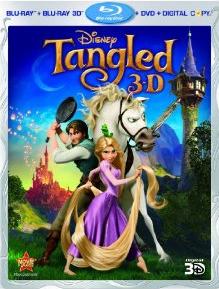 Last week, I had the honor and privelage of sitting in on a roundtable with Glen

Keane, the supervising animator and executive producer of Tangled.

Tangled didn’t exactly set the world ablaze at the box office, but I think that’s because a lot of people have a hard time accepting a CG Disney animated film (Pixar movies being the exception). Once people give this film a chance when it releases to DVD and Blu-ray on April 29th, I sincerely hope it finds the audience it so richly deserves.

Before the interview, Mr. Keane treated us to a live webstream where he talked about the importance of hair in various Disney characters and gave us some examples of the rough animation from Tangled and what he did to help the computer animators give the film the more traditional look while moving the medium forward. I hope this footage is made public at some point, because it is truly magical. What follows is a transcript from the session I took part in. Our sincere thanks go out to the good folks at Disney for letting me sit in on this chat with a master.

Please note that there is a huge spoiler discussed at one point in the interview.

END_OF_DOCUMENT_TOKEN_TO_BE_REPLACED 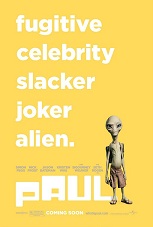 END_OF_DOCUMENT_TOKEN_TO_BE_REPLACED

I know what you're thinking.  You'll have to turn off the episode about 10 minutes in.  Don't worry, loyal listener!  We thought about that ahead of time and only use the dreaded sounder

a few times this episode.  We have a good time looking at what an underrated actor Matt Damon is this week.

The Films of Matt Damon

The Films of Matt Damon

This week, we take a look back at previous Oscar years to see if the yearly event is truly a signpost to establish or recognize what a great film is.

END_OF_DOCUMENT_TOKEN_TO_BE_REPLACED

I know I talked about this on the latest episode, but it really is worth giving its own seperate post.  Beyond the dream casting of Nathan Fillion as Hal Jordan and Henry Rollins as Kilowog, this trailer just shows me everything I need to see to get excited including t

he epic scope required, great looking animation…and well, it just looks freaking cool.  Honestly, I think the live-action film is going to have a lot to live up to when I see this trailer.  What do you think?

n the Tron Legacy Blu-Ray.  Acting as a bridge between the second and possible third films, it's a fun watch and also gives a sense of closure from the Flynn Lives ARG.  Usually, a studio just lets the game die, but I've got to give Disney credit for having some form of payoff for the game.  Check it out and let us know what you think!

Described ad nauseum as “BLACK HAWK DOWN WITH ALIENS” by bloggers and its own filmmakers, Battle Los Angeles arrives onscreen with a resounding lack of flair or passion. Being that the film's entire point seems only to evoke other pop-culture memories, it makes sense that what we get is a utterly limp action picture. Ridley Scott's aforementioned film (which was inspired by The Battle of Algiers itself) used semi-cinema-verite with plot and characters driven entirely by action to comment on the confusion and brotherhood of war. Being that those themes are hardly original, the subtle integration of them within an action-extravaganza made them feel actually powerful and not maudlin or cheesy. But of course since Battle Los Angeles has nothing actually on its mind other than entertainment, it feels almost offensively hollow.