Editor’s note:  This film is scheduled to air on PBS on July 1st as part of the American Masters series.  Check your local listings for air times.

Back before radio had anything to do with digital downloads or being “Sirius”, it provided an old school thrill of discovery to those seeking a glimpse at another type of musical or lifestyle. I remember how much joy my little brother and I had when we discovered that, back in the day, a Maui radio station carried the Dr. Demento show, which provided hours of music so silly and brilliantly weird, it’d never air on any other program. In fact, “Weird Al” Yankovic was discovered by Dr. Demento.

Today, I listen constantly to Nights With Alice Cooper, in which the former shock rocker plays his favorite songs, tells story about the old days and charmingly reveals what its like to be a man with Alice as his first name. Great radio, whether it’s a morning joke-a-thon between over caffeinated DJ’s or a political program with overzealous “experts” tearing into one another, offers two great qualities: storytelling and the feeling that they voices coming from your speakers are talking to YOU, right now, as you drive from Lahaina back to Pukalani. 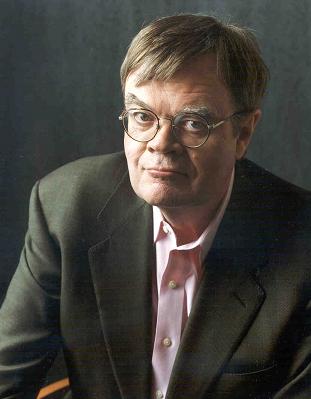 Garrison Keillor has been a radio legend, storyteller and independent maverick so long, most can say they grew up listening to his A Prairie Home Companion radio show, which, for the uninitiated, is a comedy/musical/storytelling program involving the wacky goings-on in a simple, old fashioned American town. I’ll admit that I was never a big fan of Keillor’s charming but tremendously corny show, but I now greatly admire him and what he provides listeners every week and that comes mostly from Garrison Keillor: The Man on the Radio in the Red Shoes, the engaging documentary on Keillor by director Peter Rosen. It gently probes Keillor’s past and shows us current productions of his travelling radio show, which has been on the air for a remarkable 30 years. Rosen’s film is as simple, folksy and enjoyable as the show itself, and observes major factors of Keillor’s life: his daughters, rue barb pie, life in New York, what would have happened if Keillor decided against being a radio performer, and his ongoing dedication to putting on a great show. 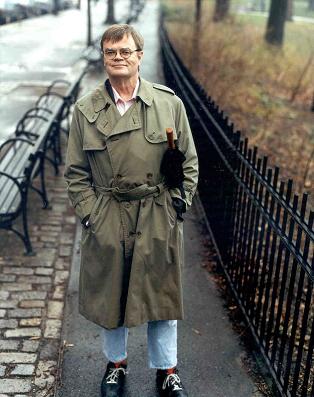 Among the more amusing sights you’ll see in a movie this year will be Keillor performing his show outside in pouring rain, which is even harder than it sounds. Another great moment comes from Robert Altman, the late, great American filmmaker whose all-star movie musical/comedy adaptation of Keillor’s show was Altman’s last film in 2006. At a press conference to promote the film, we hear Altman declare “radio is dead”, to which Keillor, who is sitting next to Altman, has a great retort.

This may not be the definitive portrait of Keillor’s life (after all, the guy is still alive) but it sure feels that way. This is a tender, engaging and always fascinating documentary that gets you backstage access to Keillor’s show, and gives you a front row view of the man and his tireless show. Seeing what goes into A Prairie Home Companion every week, with new songs, monologues, sets and tour locations in constant flux, it’s kind of amazing to watch or listen to the show itself, which makes it all sound so deceptively easy and laid back. 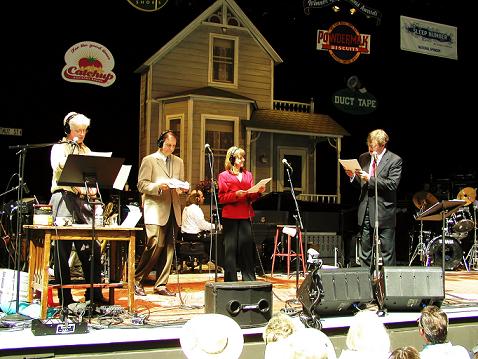 See the movie, and then find Keillor’s show on your radio dial. Sometimes, after I record my movie review spots for Wild 105.5 (“Hawaii’s Party Station!”), I sometimes think about Keillor who, like myself, still loves what he does for a living  but has been doing it longer than most of us have owned radios!