We're less than three month away from Starfest '08, and the guests names are starting to come out.  It seems that over the past three years that I've been going, the guest list gets better and better every year. 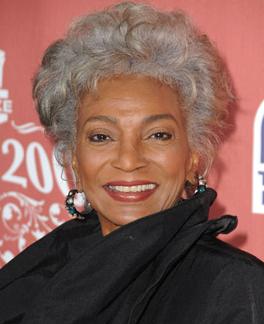 The first guest that was announced is the woman known as a television trailblazer on the original series of Star Trek, Nichelle Nichols.  Brought back into the spotlight to this generation's geeks with appearances on Futurama and Heroes, Ms. Nichols is truly a treat to have at StarFest!

Firefly and John Casey on NBC's Chuck, Adam Baldwin is a film veteran with films like Full Metal Jacket, Independance Day and The Patriot (as well as voicing my favorite super hero ever in an episode of Justice League, Hal Jordan) to his credit.  Mr. Baldwin is awesome in every role I've ever seen him in.  I'll be honest.  He's at the top of my wishlist for a guest to ever come to StarFest.

We'll be bringing announcements about who will be attending StarFest as they become available.  We're obviously hoping to interview as many guests as is humanly possible, but time constraints and availability of the guests may lead to us not being able to speak with everyone.

The guests are absolutely a great reason to come to StarFest, but the panels, Trailer Park segment and the dealer room are all a blast to hang out at along with whatever special events they come up with.  You can find out more information at Starfest's Official Site.