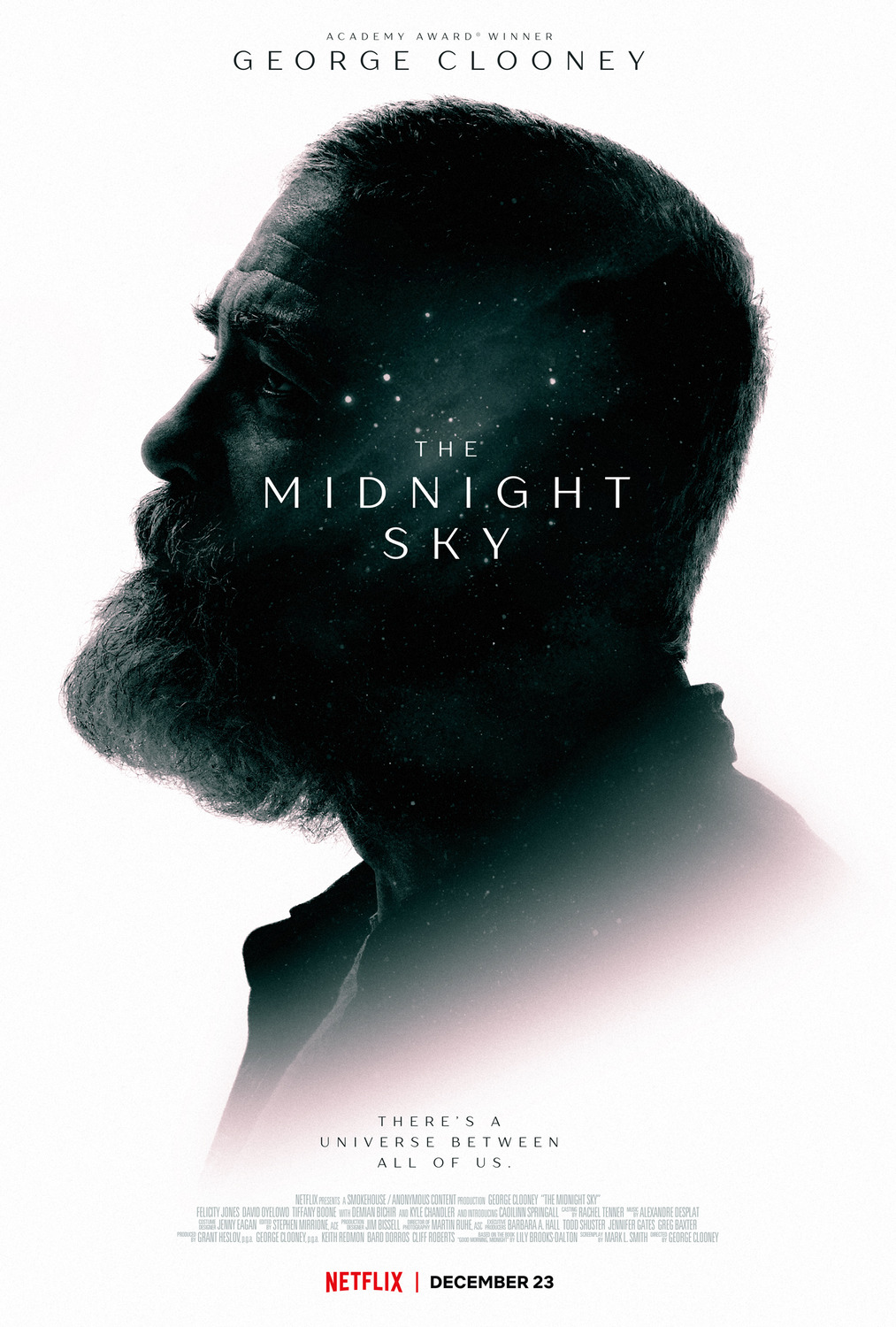 In the year 2049, existing on planet Earth has become nearly impossible, as the air and atmosphere are toxic. The survivors carry on either by moving underground or to far-off places. One of the survivors is Augustine, played by George Clooney, a celebrated scientist who discovered a planet in the solar system where humankind can call their second home. While living by himself in a remote outpost in the Arctic, Augustine discovers a reason to keep going, partaking in a dangerous journey that could save him and the lives of others.

There’s an oddly retro feel to this, as Clooney, who also directed, doesn’t seem to be drawing inspiration from contemporary, action and CGI-overloaded escapism but works like Forbidden Planet, 2001: A Space Odyssey and Robinson Crusoe on Mars. The early moments made me think of Clooney’s performance in Steven Soderbergh’s great remake of Solaris.

If perhaps Good Night and Good Luck is still Clooney’s finest film, then this is a close second. I haven’t been a fan of his directorial output- The Ides of March, Confessions of a Dangerous Man, The Monuments Men and Leatherheads are all respectable failures and barely memorable. Here, a stronger visual sense than ever expressed before from the director and a handling of the material that never backs away from either the sweetness nor the darkness of the screenplay, makes for an engrossing work.

The Midnight Sky is not a vanity project for Clooney, whose performance hits some demanding notes. There’s nothing glamourous about Augustine, and Clooney portrays his vulnerability and loneliness with a real frankness.

This plays somewhat like an amalgam of Casey Afflecks’s interesting, little seen Light of my Life and James Grey’s Ad Astra, as Clooney has managed to make a film both mainstream and at-odds with Hollywood formula. Both grim and sentimental, it mostly manages to balance some drastic tonal shifts. The low point is the Neil Diamond sing-along that nearly kills it altogether (not sure why Clooney thought this moment could work).

Considering the nature of Augustine’s journey, this is oddly similar to Paul Greengrass’ just-out News of the World but much better, both as a story about a man learning to be a father late in life and in the life or death journey the protagonist takes.

The visual effects have a real sharpness and beauty- this is some good CGI. In the same way, the sets are gorgeous and stylish but still appear lived-in and real. Early scenes of Augustine living in a vacant but cozy, well stocked and sleek outpost made me consider how nice that kind of existence could be, were it not for the inner torment he carries with him.

While the screenplay provides a back and forth between the troubles facing a spacecraft and Augustine on Earth, the scenes in space are never as interesting as the survival tale taking place on the ice. As good as Felicity Jones, David Oyelowo, Demian Bichir, Tiffany Boone and Kyle Chandler are, their characters and the space-set subplot don’t have the pull of Augustine’s struggle to stay alive and his newfound reason for staying alive.

The final scene is surprising, not for the obvious twist it unveils but for how contemplative and somber the concluding moments are. I’m still thinking about the denouement, which is sad, thoughtful and brave, in a way that mainstream sci-fi rarely is.