Calling Denver followers! You and a guest are invited to the advance screening of the upcoming Wes Anderson movie, THE FRENCH DISPATCH, on Tuesday, October 19th in Denver. Visit http://www.searchlightscreenings.com/FrenchScreenGeeks to download your complimentary passes for two. While supplies last. Passes do not guarantee admission as theater may possibly be overbooked. Arrive EARLY. THE FRENCH DISPATCH in select theaters starting October 22nd! 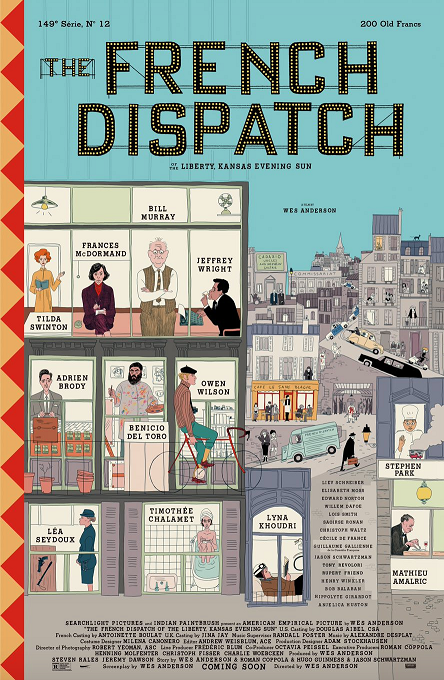