James Gunn’s The Suicide Squad isn’t like most comic book movies, which is a good thing. Gunn’s film has a brazenness, a take-it-or-leave spirit of anarchy, that is fitting for a cult movie and not what you’d expect from a lavish studio franchise entry. To say that it’s a better film than David Ayer’s Suicide Squad (2016), possibly the worst comic book movie ever made, is a vast understatement.

In this version of the edgy DC Comic, Viola Davis’ Amanda Waller is still the one who pulls bizarre superhero criminals out from their sentence within a maximum-security prison, for impossible assignments and top secret missions. Margot Robie’s Harley Quinn, Joel Kinnaman’s Captain Flag and Jai Cortney’s Captain Boomerang also return, though the additional ensemble include Idris Elba’s Bloodsport, Nathan Fillion as T.D.K. and Sylvester Stallone providing the voice for a very Groot-like King Shark. There’s at least a dozen other new characters and the cast, to their credit, goes all in with Gunn’s cracked vision.

The improvements over the prior film are many, including how the bad dad/neglected daughter angle from the prior movie now works, thanks to Elba’s forceful work and willingness to make his character unlikable (something Will Smith previously struggled with playing Deadshot). Kinnaman actually has something to do here, as opposed to endlessly spouting clunky exposition the last time and Davis, while still alarmingly robotic in this role, gets to do more than just ramble off gritty dialog without blinking. Even the use of music is clever and unforced- with a nice helping of the likes of Johnny Cash and The Jim Carroll Experience, instead of the assault of FM standards that helped drown the first movie.

Gunn is also the film’s screenwriter and it’s the film’s biggest plus and minus. Yes, the character-driven wit and robust humor of the Guardians of the Galaxy films are intact but this is also the Gunn who gave us Super and Slither. Even Gunn’s past as Troma Entertainment alumni gets a literal homage (never thought I’d see a screen credit for The Toxic Avenger in a Warner Brothers movie!) and in the tone itself. The Suicide Squad is knowingly twisted and often very funny. It’s also really mean and a must to avoid if you’re an animal lover (I’m still not sure why Gunn had to pulverize a bird in the opening scene and also burn a massive cage of birds at the midpoint). Likely accusations of it being misogynistic aren’t out of line, either. Robie’s standout Quinn was actually better served in last year’s Birds of Prey (no, I’m not listing the full title).

Like most Troma movies, the onslaught of gore can be numbing after an hour. There are so many cruel deaths, the real suspense isn’t whether the good guys defeat the bad guys but if Gunn will allow an adorable CGI rat to live to the end credits.

There is a tonal problem here that doesn’t get corrected until the third act: much of this wants to be emotionally charged and real on some level towards character development, but Gunn piles on the snark, vivid mutilations, and a detached sense of humor. Once we get to the series of exceedingly grandiose and extravagantly nutty climaxes, the film works on a scale that matches the spectacle. It’s not just that this studio tentpole is so admirably unhinged and personal- Gunn seasons this with truly visionary moments, like a fight scene viewed from the reflection of a helmet, King Shark’s blissful encounter with playful sea creatures in an aquarium, Harley Quinn’s abbreviated romance with an unlikely fling and the horrible, hilarious plight of a character named Weasel (please, oh please, bring back this character for the sequels and just let him wander around).

It’s a stretch to state that there’s a lot of “heart” in this movie, unless you’re referring to the organ King Shark messily devours in one scene. Gunn’s film is too self-consciously hip (and often really disgusting) to truly embrace sentiment (which wasn’t a problem with the Guardians of the Galaxy movies). Yet, instead of getting all touchy feely, it offers a similar approach to, of all things, Watchmen, which was also about reluctant superheroes who weren’t good people and often struggled to find their own humanity, let alone the will to help others.

The Suicide Squad is another bold course-correction from the studio that, against all odds, took one of their most disposable flops and reshaped it into Zac Snyder’s Justice League, one of my favorite films of the year. Gunn’s film isn’t as good or majestic, though it’s always confrontational and ugly in a way this genre rarely embraces. It’s nastier than Deadpool, which isn’t always a good thing; The Suicide Squad is a film I always admired even as I cried uncle often (the scenes of victims being subjected to vicious scientific experiments are too much, even if it’s in the service of a truly goofy monster).

If Gunn is at the helm of the next installment, I’m in. There’s a defiant sensibility here that makes it welcome in a sea of formula popcorn movies. I enjoyed the safer Black Widow more but, I have to admit, it lacks the sight of King Shark staring dreamily at a school of adoring fish, which is an image I’ll eternally cherish. 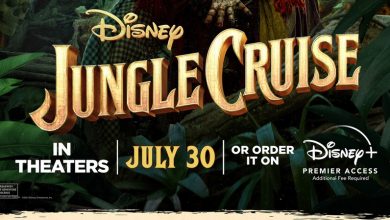