Instead of doing our usual list of what we actually suggest that came out this week along with a deal, I thought I’d come up with a list of DVD’s that are a really great deal that can be picked up during the final days of the Deep Discount sale.  Were you to actually buy every single thing I point out in this week’s column, you’d end up blowing just under $700 in one blow.  Now you know what I mean about making your wallet scream and bleed.  I’m trying to cover as much ground as possible and keep it to really good stuff.

Please remember that all of these prices include free shipping.  If you are anxious and don’t want to wait, you can upgrade your shipping method for a pretty reasonable fee.  The sale is running through Sunday, June 29th.  On to the goodness!

Criterions
Everyone knows that we love Criterion and the quality products that they’re putting out.  They’re also extremely expensive, so finding a good deal is always a good thing.

The Thief of Bagdad

This movie is credited as inspiring the people who changed the way we look at fantasy and sci-fi.  It’s definitely a fun movie that’s worth checking out, if for no other reason than to see one of the sources where Lucas’ and Coppola’s inspiration came from.

If you enjoyed The Magnificent Seven, just go buy this thing now.  Kurosawa influenced the Western genre with period samurai films, and for my money this is the best of the bunch.

Not only will this masterpiece of Terry Gilliam make your brain hurt in ways that you never knew were possible (this makes 12 Monkeys look like a TV movie of the week), you’ll thank him for every bit of it.  The movie would be worth the money by itself, but the extras on this set make it a must-own for any serious film geek.

The first disc has the film in its original, international cut and a commentary by Gilliam himself.  The second disc has a great behind-the-scenes documentary among other extras, but the most fascinating is The Battle of Brazil:  A Video History.  This is a pretty blunt documentary by Jack Matthews about the issues that Gilliam had getting Brazil to the big screen.  It’s open, honest, ugly and utterly fascinating.  The third disc is really only going to make sense if you’ve seen Battle.  It’s the 94-minute “Love Conquers All” version of the film that is an entirely different film.  It’s hard to really describe.  You have to see it for yourself.  I really think this is my favorite release in the entire Criterion collection.  It truly is exhaustive in extras.

Film/TV Collections
Sometimes, a good show grabs with its hooks and sucks you in and you must own it all.  Sometimes, a great film director captures your imagination and you must have the best releases possible of his or her work.  This is your section.  This is where the money starts to rack up.  I’m just giving you fair warning. 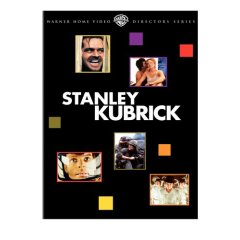 I’ll admit that I’m not the biggest Kubrick fan.  However, a lot of you are.  This isn’t the crappy Kubrick collection that came out years ago with crappy snapper cases.  This is 10 discs of Kubrickian glory covering 2001:  A Space Odyssey, A Clockwork Orange, Eyes Wide Shut, Full Metal Jacket, and The Shining.  It also includes a documentary called Stanley Kubrick:  A Life In Pictures narrated by Tom Cruise.  Seriously, if you’re a fan of the man’s work, this is the set to get.

I absolutely adore Rod Serling’s anthology series.  It was a show that found a way to genuinely entertain and challenge the ideas of the viewer in a freaky way without being too scary.  This set WILL be mine someday.  Breaking it down by seasons, this set is an absolute steal.  I know, you can watch the marathons on the Sci-Fi channel a couple times a year, but I love the thought of being able to just pop in an eposide when I feel like it.

The Complete Batman The Animated Series

Up until Batman Begins came out, THIS was the definitive version of Batman outside of the comics for me.  It still is, but Christopher Nolan’s vision is proving to be a worthy competitor.  Kevin Conroy’s portrayal of both Batman and Bruce Wayne captures the character in ways never before thought possible.  Mark Hamill, of all people, created the definitive version of The Joker for many fans.  It’s dark and moody, but still finds a way to have some fun occasionally as well.  This is a current staple of Steph’s and my Saturday morning breakfast watching.

I can enjoy anime, if it’s a good show.  The stuff with the cutesy girls and the boys they have crushes on and all the fluffy little critters can all crawl in a hole and die for all I care.  I like the truly good stuff.  Frankly, it doesn’t get much better than this.  I can confidently recommend this to all sci-fi fans for a couple of reasons.

First, it plays well in a Firefly kind of universe and deals with stories that just about anyone can identify with.  Secondly, and I’m going to get hate from all the “true” anime fans, but the English dub on this show is vastly superior to the subtitled version.  The “sub” has a bunch of monitone people and I got bored.  The English dub, though, really reflects what’s happening on the screen much better and really makes it a fun show.

If you are a music lover at all, you must own this set.  I got it for Christmas a few years ago and if I ever want to just get sucked in for a couple hours at a time, I just pop in a volume of Jazz.  Ken Burns has an amazing talent for making any subject irresistable, and Jazz is absolutely no exception.  Going through the history of Jazz from the late 1890’s through the 60’s-70’s, this is a rather comprehensive.  It doesn’t cover everybody, but it gets close.  This may seem a bit expensive, but it’s worth every penny of this 19 hour long series.

One of the things that make Ken Burns’ films so compelling is the human story that he tells so masterfully.  The War tells the story of World War II, but not completely from the front lines.  The film is just as much about the effect of the war back home and Burns tells stories about things on the homefront that will suck you in just as much as any of his other projects.  Sometimes, people will ask me about certain series and whether they’re worth checking out.  As far as I’m concerned, anything with Ken Burns’ name on it will always get an enthusiastic endoresment from me.

Other Various Sundries
Here, you’ll find stuff that are seasons of shows, spinoffs of shows and a couple great deals on films.  This is also one of the more affordable sections.  This is proof that I’m not out to break anybody’s budget.  I’m just pointing out some great deals.

Spielberg’s sci-fi epic in the best edition that’s available, and at a steal of a price.

I do have an undying infatuation with Futurama, and Bender’s Big Score is a real good time.  I’d complain that everyone’s still selling it for 20 bucks, but with how jam-packed the dvd is, it’s worth the money.  This is a good time to get it for cheaper.

This adaptation of the Terry Pratchett book has become a Christmas tradition in our house.  British productions tend to not have the best of production values (See Neverwhere), but this was put together with top-notch production values and a true affection for the source material.  Seeing Death dress up as the Discworld equivalent of Santa is immensely amuzing and it has one of the more disturbing criminals in all of fiction in Mr. Teatime.  Well worth picking up, especially at this price.

Yup, I paid 15 bucks for this, and I don’t regret it even a little bit.  Sure, I wish it had more (ok, ANY) extras, but it’s a gorgeous transfer and still a fun movie.  At this price point, it’s a lot easier to justify picking up.

It’s funny.  My wife is really a Marvel girl through and through, but she’s really digging these dc animated shows.  This is another one that has made it into the Saturday morning rotation.  What is great is that there are two strong female characters in Wonder Woman and Hawkgirl.  Any time someone is inadvertantly condescending in treating them as delicate flowers, they then proceed to kick everyone’s butt.  It’s beautiful.  Sure, I would have preferred that Hal Jordan was the Green Lantern, but John Stewart really works out well here.

And now we’re at our last stop.  Justice League did a good job of balancing seven characters and making compelling storylines throughout the series.  JLU ups the ante in a BIG way.  Most of the heroes who are added are nobodies, but it gives a chance to amp up the fun factor as well.  My personal favorite additions are Green Arrow, Black Canary, The Question and Huntress.  Suprisingly, Shining Knight and Vigilante are growing on me every time I see them.  The second season is worth the price of admission by itself just to see baby demon Etrigan in Kid Stuff.  Truly good times.

The DeepDiscount.com 25% Off Sale Is On!

No Show Or DVD Picks This Week