Why does the Denver Film Festival matter? Two big reasons: the film selection and the people. Of the former, you get films as varied as Ray, Random Hearts and The Host getting their U.S. first looks, as well as the best documentaries, festival sleepers and soon-to-be-huge, break-out independent films getting showcased. Of the latter, you won’t find nicer or friendlier film buffs, both in the audience or behind the scenes. The people running the show are the most accommodating bunch I’ve ever come across at any film festival. The feel is very laid back, with attendance packed but never claustrophobic, and there are often multiple screenings, so you have another shot if your movie is sold out. The location is cool: The Tivoli, a former brewery in Denver, has a lot of character and enough access to the city (if you have time to kill in between screenings). How laid back is this fest? I often spot the actors and filmmakers of the movie I’m seeing roaming the halls before and after the screenings.

Here are the cinematic highlights (in alphabetical order):

Cook County
Disturbing drama about a meth lab hidden in the American heartland. Creates a frightening atmosphere that feels authentic and lived in, and forces you to confront a world most would like to pretend doesn’t exist. Fiercely written and directed by David Pomes, with a lead performance by Anson Mount that is scary, convincing and unforgettable. 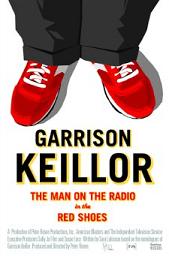 Garrison Keillor- The Man on The Radio in the Red Shoes
Engaging, tender and illuminating documentary on Keillor gently probes his past and reveals wonderful footage from his travelling radio show. Great direction by Peter Rosen, who captures some amusing sights (witness Keillor perform his show…in the rain!) and illuminates how unique and priceless Keillor’s one-of-a-kind program truly is.

The Great Buck Howard
Droll, fascinating comedy with real insight on when an entertainer becomes a “has-been” and how a “mentalist” can have real power over an audience.  The star-studded cast (which includes John Malkovich, Colin Hanks, Steve Zahn, Emily Blunt, Ricky Jay and Tom Hanks) does a lot with this material. As a farce, the film is lightweight but as a character study, I was hooked. 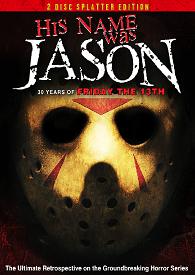 His Name Was Jason- 30 Years of Friday the 13th
Breezily paced, and knowingly funny, this thorough documentary will even entertain non-Jason fans.  A prime slice of fun and just about perfect for what it is: a loving look at an, at best, utterly ridiculous horror movie franchise. 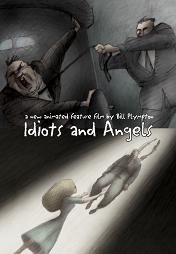 Idiots and Angels
Bill Plympton’s new animated short film is wondrous and deliciously strange. Has a lot to say about life and cycles we find ourselves stuck in.

Nobody’s Fool
In paying tribute to the late Paul Newman, the festival screened his 1994 comedy/drama, one of my very favorite films. A beautiful, gentle and very funny character piece from director Robert Benton, it may not be as well known as “Butch and Sundance”, but is as distinct and wonderful. Co-starring Jessica Tandy, Bruce Willis, Melanie Griffith and Dylan Walsh (all terrific), this is a special film, worth re-discovering or experiencing for the first time. 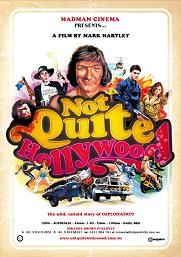 Not Quite Hollywood
Documentary on Australian exploitation films of the past 40 years that represented a cinematic counter-culture movement. Film buffs anywhere will savor this fun, randy and engrossing depiction of the art of drive-in features. Made me want to run out and find a dozen of the featured titles (where have these films been hiding?!).

Not Your Typical Bigfoot Movie
Jay Delaney’s charming documentary about two unique individuals in search of Sasquatch has a similar feel to American Movie. Revealing, sweet, and surprisingly moving, with more than a few scenes that drew tears from me. The subjects, the eccentric Wayne and Dallas, are so open and likeable, you never laugh at them.  In fact, you hope they find Bigfoot!

Playing Columbine
Danny Ledonne, creator of the controversial game Super Columbine Massacre RPG!, directed this documentary, in which he admirably addresses his critics and probes the subject of violent video games and society’s reaction to them. Thoughtful, ambitious work that leaves you with a lot to think about.

Spine Tingler- The William Castle Story
Fast, fun documentary on schlockmeister Castle covers career highs and lows. Very touching, with some of the greatest living genre directors and Castle’s friends and family recalling Castle’s joyful spirit and endless innovations. If you liked “Matinee”, this one is a must-see.

Slingshot Hip-Hop
Vibrant, passionate documentary about Palestinian rap artists and how the medium has given them a political, unifying voice. I learned a great deal about Israeli/Palestinian living conditions and was moved to see rap used as a potent, personal tool of self expression. Very well produced and layered with truth and immediacy. 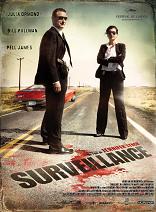 Surveillance
I honestly didn’t like Jennifer Lynch’s nasty, in-your-face thriller (her first since the infamous Boxing Helena). Yet, the film has stayed with me. The cinematography is crisp, the film’s centerpiece, a Rashomon-like road encounter, is interesting and the sick twist at the end is truly audacious. 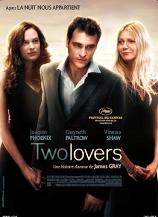 Two Lovers
Joaquin Phoenix stars, in his “last” film, an elegant character drama from James Gray. Features solid work by Isabella Rosselli and Elias Koteas, as well as moving turns by Vinessa Shaw and Gwyneth Paltro as the title “lovers”. Has the feel of a thriller, and there’s a naked honesty to Phoenix’s work. Captures the desperate, grueling pain of an awkward romantic relationship.

War Child
This devastating but hopeful documentary has a powerful subject matter:  how a former child soldier survived and later became an internationally successful rap artist. The key figure, Emmanuel Jal, is a soft-spoken, engaging figure and the scenes where he visits Sudanese and American schools, as well as his stage performances, pack a real punch. 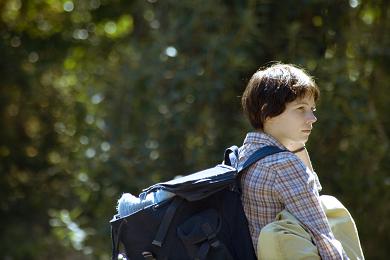 Wendy and Lucy
Michelle Williams’ touching performance distinguishes this involving, wrenching drama. The feeling her character has of being trapped in a small-town purgatory will be shared with the audience and you’ll be in her corner the whole way. The film is quite haunting and Williams makes her character real. 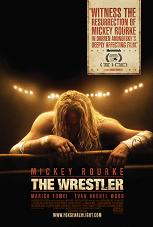 The Wrestler
Darren Aronofsky’s drama is often as brutal and hard to watch as his Requiem for a Dream and has an honest, open-wound of a leading performance by Mickey Rourke .  It doesn’t look or feel like anything Aronofsky has made before; he and Rourke infuse pain and passion (as do co-stars Marisa Tomei and Evan Rachel Wood, both terrific) into a tough, tragic and moving work.

Of the reportedly 200 films shown at this year’s fest, I only caught about 30. That said, the quality of the films, and the festival in general, is evident even to those who catch merely a few of the many films on display. Add to that the red carpet premieres, after-parties, filmmaker panels and tributes and you have Colorado’s biggest event for movie lovers.

Thanks again to the publicity department and hard workers over at the Denver Film Society, who made me feel welcome as I covered the fest for both Screengeeks.com and Maui Time Weekly.  See you in ’09!