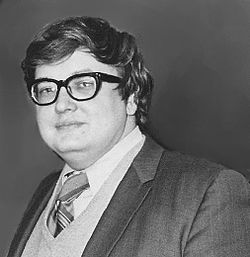 In the coming days, Roger Ebert’s praises will be sung from the film community.  This is as it should be.  You’ll find all kinds of resources to read up on the work of a man many knew and respected.  I highly recommend you check them out.  His film commentary was second to none, even when you disagreed with his opinion.  I’m not going to get into any of that, though.  All I can do to pay tribute to Mr. Ebert is tell you how he affected me and my love of film.

Film figures pretty prominently in my life.  My uncle works in the business and loves movie history.  My grandfather had a great love of film, and I’m a geek.  Movies were always going to figure into my life one way or another.  As I got into high school and college, I really started getting into movies.  Of course I dug the silly guy flicks of the time like Tommy Boy, Wayne’s World and the Hot Shots! movies.  I also was touched by films like Schindler’s List and was intrigued by more independent films like Grosse Pointe Blank and Pi.  I started wanting to read about movies.

Of course, all of this was well before the internet was anything remotely resembling what it is today.  My only outlet of finding out about movies was the Friday edition of the Colorado Springs Gazette Telegraph.  Every Friday morning, I’d go get the paper and see not only what was coming out, but what the reviewers (I didn’t like calling them critics at the time) were saying about those movies.  Unfortunately, the reviewers they had mostly sucked while I was in high school.  The one time I would get excited would be when I could read Roger Ebert’s critique of film.  Where the rest of the hacks they had writing did little more than spell out the plot and then go down talking points of what was good or bad, Mr. Ebert always had a way of getting to the heart of a film and really try to understand it.  Gone was the stodgy image I had of snobs who only liked “important” films.  He found a way to make me want to understand the art and beauty of film.

In an equally important way, he loved a good fun movie, too.  Roger Ebert showed me that it was possible to love the entertainment that a good movie can bring without ever stopping to seek important film that touches the soul and expresses the human condition in ways that I could never understand otherwise.  He’d also never shy away from the opportunity to take a literary baseball bat to a truly awful film, but there was a distinct difference between films he truly despised and films that he was thoroughly disappointed with because the film had so much potential to be more than the final product.  He had such a love of film that he rarely went into a movie hoping it would suck.  He understood why it was always better to have good movie over a bad one.

I don’t know that I will ever consider myself to be a film critic.  Roger Ebert has always been the gold standard of that word for me and I don’t see myself ever being on that level.  One thing he did help instill in me was a true love of the medium and a desire to show that love to other people.  THAT, I can do.