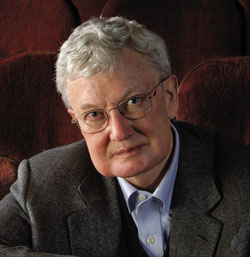 Honestly right now I am still in shock that we will never have another Roger Ebert review. I also don’t even know where to begin with trying to put into words what he meant to me and the influence he has on me but here goes my attempt.

I will start off by saying that there has not been a celebrity death in my lifetime that has ever brought me to tears or affected me like his death has. I had just read his blog post (entitled A Leave of Presence which you must read if you haven’t) that he posted two days ago about slowing down the amount of films he reviews. His last published words were “Thank you for going on this journey with me. I'll see you at the movies.” Nothing could be more appropriate than that.

Gene Siskel and Roger Ebert were the first film critics I followed when I was a very young child. I would watch their show on PBS every Saturday. I would think that their word on any movie was the truth and when they endorsed a movie I had to see it no matter what. My mom and dad would get sick of me always saying, “Well, Siskel and Ebert gave it two thumbs up, so it has to be good.” When my mom informed me that Siskel had passed when I was 10, at first I didn’t believe her. I was then devastated by it and is one of the most vivid memories I have of a celebrity passing away when I was a child.

I continued to follow Ebert religiously both on television and online. I would spend hours reading his archive of movie reviews. He shaped the way I thought about movies more than anybody else. He is the reason my family and a lot of my friends refer to me as “a movie snob”.

One of my favorite memories involving Ebert was that one of my twin brother’s favorite movies growing up was Armageddon. I got into an argument with him about why I didn’t think it was a good movie and just read aloud Ebert’s review

of the film. (You can find that here). I also remember reading his review of The Crow online and just feeling so vindicated that he gave a three and a half star review of my favorite movie.  He also gave a four star review to Dark City, which is a film that I consider to be better than The Matrix and most people thought and still do think I am crazy for.

When I was in the 7th grade my parents bought me a version of Ebert’s Greatest Films for Christmas. So while my brothers spent the next few days playing their new video games, I sat around and read that book.  I made a list of all of the movies I had to see because of what Ebert had written. I discovered a lot of my favorite movies this way.

All of the above is just what he meant to me. I am such a small and tiny part of Ebert’s influence. I have spent most of today just reading stories like mine. It really is incredible what he has done for us as a community. He really did change the way movies were reviewed and he did it several times over the years. He embraced the internet at a time when so many of his colleagues refused to and looked down on him for doing so. This is why he was able to stay relevant and keep up with the times as print media and especially print film criticism were declining.  (Just look at his Twitter account and how interesting he was with it, he even replied to me three times on it!)

Maybe the biggest impact Ebert had was that he made it okay to just want to analyze and write about films. Growing up, people always assumed that I wanted to be a filmmaker but I didn’t. I have always wanted to analyze and write about films and explain my love or disdain for them. Roger Ebert made that acceptable and okay for that to be a goal. For that I will always be grateful for him and I could never properly explain the influence he has had on the way I watch movies. I will always be thankful and I will always credit him for that. My heart and condolences go out to all who are grieving for him and especially his incredible wife, Chaz Ebert. 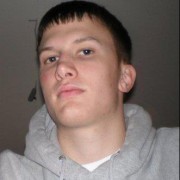