Sometimes people ask me why they should go region-free.  This is the most recent example.  Right now, Amazon.jp has put up pictures of the new 6-disc set coming for Grindhouse.  I do this mostly to make Josh drool, but it looks awesome.  It will have both of the 2-disc editions of the films already released in the U.S. (but with an added

DTS track).  The fifth disc is the theatrical cut of the Grindhouse experience and the sixth disc is bonus material that is theoretically exclusive to Japan.  It looks outright awesome.  In case you're interested and don't want to do the conversion, this set will put you back about $85 shipped from Japan.  Here's the cover, and pics of the insides after the jump. 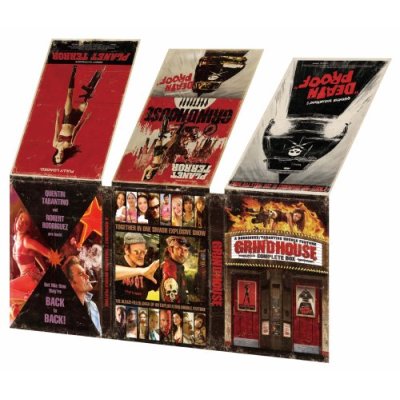