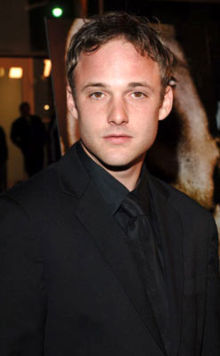 The promsing but shaky career of actor Brad Renfro came to a sad end on Wednesday. While the official cause of death has not been released at this time, there were rumors of substance abuse and Renfro had run-ins with the law in the past. It is unfortunate that scandal sheet tales of Renfro began to overshadow his film career at times, as, in the right role, he was a remarkable actor with a once red-hot career.

Director Joel Schumacher hand-picked Renfro to star in the demanding lead role of “The Client”, which marked Renfro’s acting debut. The film was a box office hit and, while Susan Sarandon gained an Oscar-nomination for her performance in the film, it was Renfro’s breakthrough work that earned the most attention. His intense, heartfelt performance was not only the film’s center but he held his own against Sarandon, Tommy Lee Jones and Mary-Louise Parker.

His following choices would prove interesting, if not always succesful. He followed “The Client” with “The Cure”, a bold but little seen film about the friendship between two young men, one of whom is dying of AIDS (Joseph Mozello of “Jurassic Park” co-starred with Renfro). He then played Huck Finn opposette then-hot Jonathan Taylor Thomas in “Tom and Huck”, a forgetable Disney film that wasn’t even as good as the Elijah Wood-starring “The Adventures of Huck Finn” from two years prior. Renfro then appeared in “Sleepers”, a controversial, highly touted courtroom drama. Although it was a supporting role, Renfro co-starred one of the best ensemble casts of 1996 (alongside Dustin Hoffman, Brad Pitt, Robert De Niro, Minnie Driver, Jason Patric and Kevin Bacon, to name just a few) certainly a good career move. He then starred opposite Bacon in “Telling Lies in America”, but his work was overshadowed by Bacon’s more flambuoyant performance, and that it was written by Joe Eszte

rhas, the much-hated screenwriter who wrote “Showgirls” and “Jade” the same year.

Renfro then appeared in Bryan Singer’s coal-black adaptation of Stephen King’s edgy short story, “Apt Pupil”. Renfro’s commanding performance as a corruptable teen seduced by the evils of Nazism, is as dark and uncompromised as the film itself, though most of the attention went to his co-star, Ian Mckellan, who gave a terrifying performance as the Nazi in hiding. The film, a tough sell, didn’t find it’s audience until later, when audiences re-discovered it after Singer became a household name.

Renfro resurfaced three years later with well-regarded performances in Larry Clark’s controversial “Bully” and Terry Zwigoof’s “Ghost World”. The former showcased Renfro’s “rougher side” to great effect, while the latter had Renfro excelling at quirky character comedy. He starred in “Deuces Wild” the following year, a period gang drama that co-starred Stephen Dorff and Matt Dillon. The film had the misfortune of opening against “Star Wars Episode II” and quickly vanished. Since then, Renfro popped up in films that either went straight to video (like the Jean Malone-starring “American Girl”) or passed quickly through theaters (like the intriguing “The Jacket”, with Adrien Brody and Keira Knightley). He was recently filming “The Informers”, adapted from the edgy novel by Brett Easton Ellis. The project co-starred Winona Ryder, Billy Bob Thornton and Brandon Routh and was just the edgy, return-to-form vehicle that could have brought Renfro back into the spotlight. Whether his scenes were finished, need to be re-shot, or cut from the finished film remains to be seen.

Renfro had the ability to convey a world weariness and had a charisma that was well beyond his years and his best performances (in “The Client”, “Apt Pupil” and “Ghost World”) amply display his versatility and hold on audiences. He was 25 when he died. He will certainly be missed.