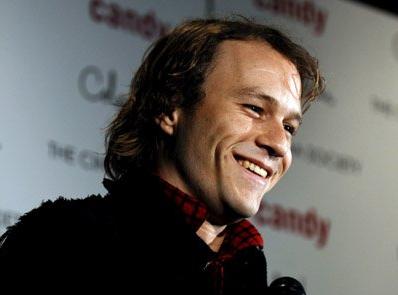 Today, we lost one of the great actors of this generation in Heath Ledger.  Never to be nailed down in one genre playing one character, variety defined Mr. Ledger's career.

The role the launched him into stardom in 10 Things I Hate About You could have set the tone for the rest of Ledger's career, keeping him in roles as the brooding love interest.  The fact that his next big role was in Mel Gibson's The Patriot would establish that he would not be shoehorned into one particular kind of role.

Where many would be content to coast on a couple of good roles and retire on middle-of-the-road roles the rest of his career, Ledger pushed him

self to take on more challenging roles.  Even in films that weren't box office smashes like The Brothers Grimm, he exuded a confidence and still inhabited his roles.  His role as Skip in Lords of Dogtown brought us a man who just wanted to be accepted and idolized by everyone but still fought his personal demons in a very haunting fashion.

Heath Ledger's next role as The Joker in The Dark Knight has generated buzz and excitement from those in the film community as well as the geek community.  Ledger started a great legacy and we will miss him and will always wonder just how great an actor he would have become.

Heath Ledger was 28 years years old and leaves behind a daughter.  Our thoughts and prayers go out to his friends and family.

The Cloverfield Monster From Another View!