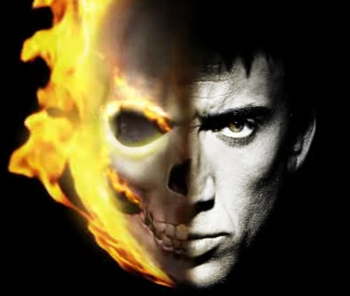 For the love of Pez people!  WHY do we need another Ghost Rider movie?  The first one was downright awful, and this is coming from a man with a special place in his heart for the terrible Captain America and Dolph Lundgren Punisher.  I wish I could say I don’t know anybody who liked this movie, but I do.  It should have been an R-rated affair that belongs in the same world as the Blade movies, but it was a nice big fat ball of suck instead.

Regardless of my opinion, apparently we’re getting a sequel according to Blood Disgusting.  I could see the point of this if a reboot was being discussed with a new cast, similar to what happened with The Incredible Hulk.  It would make sense to make a film that lives up to the potential that this character has.  To bring back Nicolas Cage tells me that we’re going to get another crapfest.  My only question is:  Didn’t we, the audience, suffer enough the first time through?