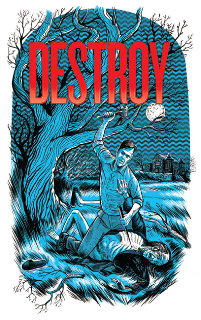 Well, Stephenson is definitely going in a very interesting direction with his next film.  I can honestly say I can't wait to see how this turns out as the concept sounds like it's going to be a ton of fun.  We'll do our best to keep you up to date on this project as we get more info.